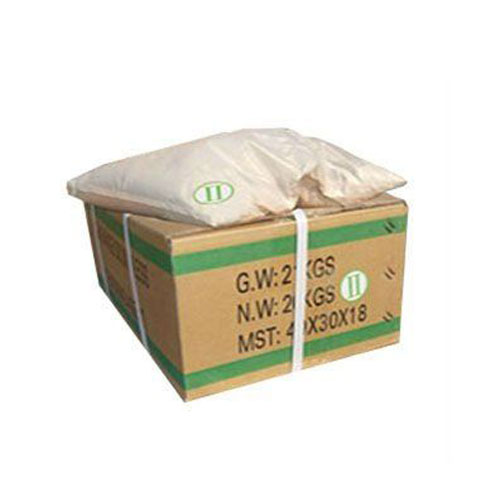 Our High Soundless Cracking Agent (HSCA) is Non-explosive demolition Agents that has the ability to safely demolish rocks, reinforced concrete and cement without producing noise, vibrations, debris launches or environmental pollution. Chemical name: Calcium Hydroxide. It is a new commercial product, which is an alternative to explosives and gas pressure blasting products used in demolition, mining, and quarrying. It is much safer than explosives, but as any other products it is important to follow directions closely in order to avoid steam explosions during the first few hours after these materials are placed.

Our High Range Soundless Cracking Agent (HSCA) offers many advantages including the fact that it’s silent and do not produce vibration the way a conventional explosive would. In some applications conventional explosives are more economical than non-explosive demolition agents. In many countries these are available without restriction unlike explosives which are highly regulated.

Carrying out the demolition HSCA requires only the drilling of the rock or cement to be able to drain the HSCA and water mixture into the holes. The demolition is completed with utmost safety without the use of any protection as in the case of conventional explosives.

The demolition is completed with utmost safety without the use of any protection as in the case of conventional explosives.

The use of the non-explosive demolition agents in rock demolition or quarrying is very easy, holes are simply drilled in the base rock like they would be drilled with the conventional explosives. Then a slurry mixture of the non-explosive demolition agent and water is poured into it. Over the next few hours the slurry expands, cracking the rock in a pattern just as like as it would occur with a conventional explosives. It is environmental friendly. It releases no toxic or harmful substances of any kind.

5) Application or Used for:

1) The fastest cut speed, and the most powerful expansive pressure, 20 Mpa at 8 hrs, 45 Mpa at 24 hrs. An average of 4~6 hours to safely demolish rocks
2) Suitable even for non free surface and very tough rocks fracture, like the case of the Saudi Makkah area.
3) Safe, without blown-out shot during usage.
4) Strongest packing that assures a safe transportation.
5) The CaO percentage is 95% higher than in the expansive mortar.
6) Oversize horizontal rotary kiln.
7) HSCA is in grey or balck.
8) HSCA is specially designed for the extremely high temperature zones like the case of Saudi Arabia.

Since the temperature is an important element that influences the reaction time of the HSCA, Prodemo
decided to be specialized in the production of 4 types of HSCA which are adapted to different temperature
levels as you can see in the following table:

There are no reviews yet.